Beach Tennis has its origins in several places around the world, including Brazil, Italy and Spain, and has greatly developed as a game over the past 25-30 years.  The current Beach Tennis heartland however is undoubtedly in Italy, where it all began in the 80`s, with it being most popular in the Emilia Romagna region. Its 1600 Beach Tennis courts must surely rival the substantial number of Beach Volleyball courts along the famous California shoreline.

The game has grown from being a fun activity on the beach to a highly competitive sport on a well organised circuit. In November 2007 the ITF announced the launch of the ITF Beach Tennis Tour in 2008.  A Tour calendar has been published every year since, with the number of tournaments increasing steadily, along with the variety of hosting nations.

An increasing number of players are turning professional with a number of former and present tennis professionals also taking to the game, and a World Ranking system is in place.

What is Beach Tennis?

Beach Tennis is a cross between tennis, beach volleyball and badminton.  It’s a fun sport suitable for all ages and abilities, ideal for families, groups of friends, leisure as well as professional players.  It’s very easy to play and has real health benefits.

The video below, Beach Tennis Basics by the ITF (in English), will give you a more visual idea of this sport we love so much! 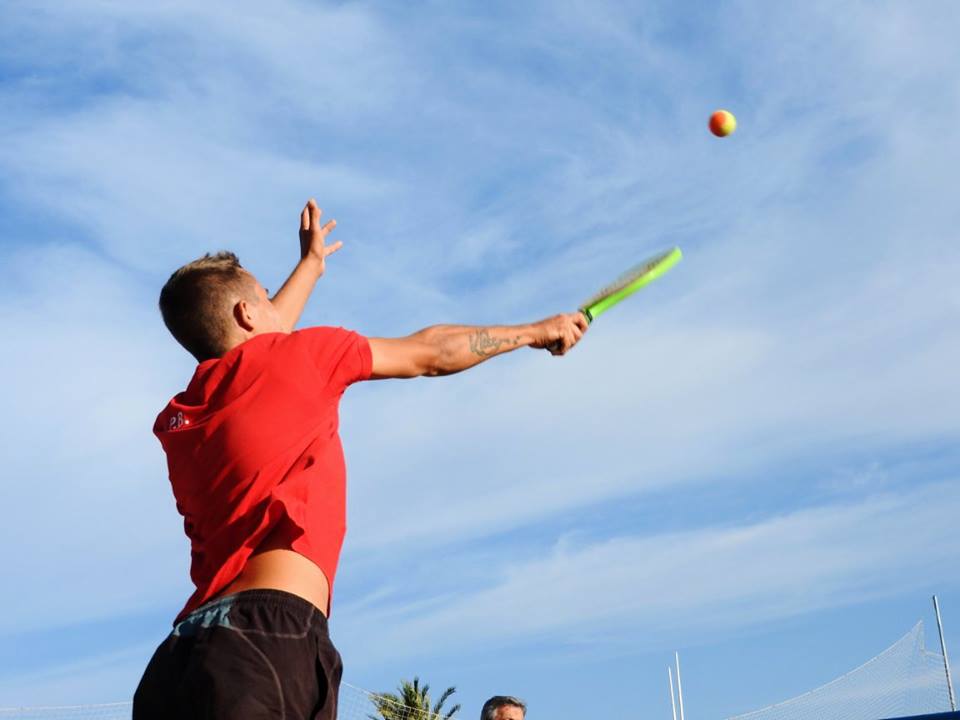